In 1977, at the age of 26, Thomas Pradzynski left his native Poland for Paris with the goal of becoming a famous artist. His interests centered around a strong knowledge of architecture and a love of art. His ideal was to "romanticize the empty streets and the traces of the past and to preserve places that are slowly disappearing." The path before him was paved with warmly lit Parisian streets, dark windows and open doorways. The art he was about to create would not only echo his surroundings, but also communicate his passion for their preservation.

Pradzynski’s work explores and wanders the streets of Paris like a solitary lover for whom every window, doorway and café are filled with meaning. Much of Pradzynski’s mood is created upon the stage of old Parisian buildings and storefronts. His windows, chairs and doorways become actors whose interplay between light and shadow perform for the audience of our memories and dreams.

Throughout the 19th century and for half of the twentieth Paris served as a beacon for artistic expression, drawing artists from all over Europe and the United States. Writers, painters, musicians and poets have all been inexorably drawn to this creative mecca. Within the confines of smoky cafés, Pradzynski found the creative atmosphere conducive to his own inspirations. Much like his contemporaries, Pradzynski’s inspirations turned into thought provoking creations.

Thomas Pradzynski paints visions that are not merely scenes inspired by the cities he has casually passed through, in the spirit of a tourist, but reflect his true passion for those that have engaged extensively as his prime subjects: Paris, Venice and more recently, Naples. His unique urban landscapes are imbued with far richer dimensions than the merely non-commital, photorealist representational art of our day, for they reflect his deep immersion on psychological levels in major cultures and art centers far from his native Poland. His paintings of Paris, the first in the continually evolving and expanding oeuvre that coalesced in the late seventies, soon after he made the French capital his permanent home, provided a solid foundation for the work that followed as Pradzynski explored Europe.

Pradzynski seems to be saying through his intense and skillful representation of a contemporary reality, alongside his persuasive montages of past and present, that these indispensible objects of everyday life are not only entirely natural but, for the artist, a source of enduring beauty and profound aesthetic satisfaction. 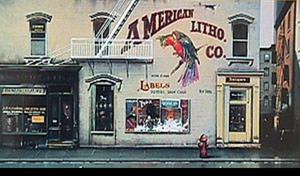 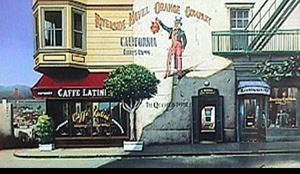 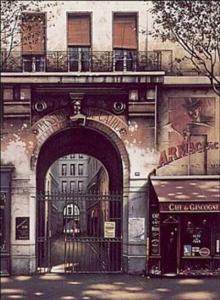 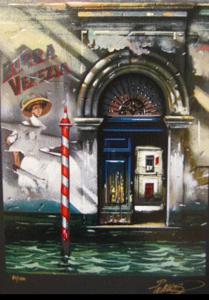 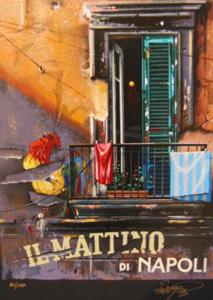 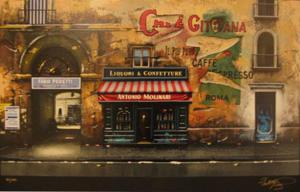 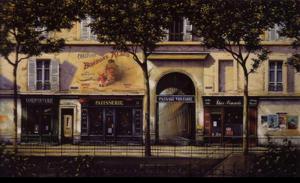 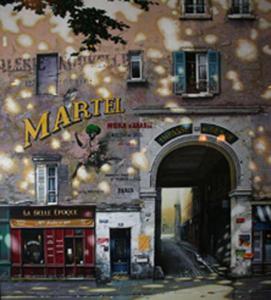 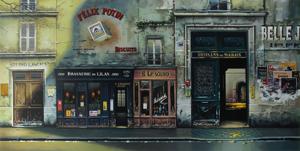