She was born in Aylmer Quebec. Pierrette studied at the Ottawa School of Art and trained with several artists, such as; Albert Cloutier, Henri Masson and M. Lefèvre. Her medium is oil on canvas ranging from 5" X 7" to very large canvases (up to 4’ X 6’). She also uses oil on parchment paper for flowers and scenery.

Pierrette has also exhibited at the Montcalm Gallery of 'La Maison du Citoyen' in Hull in a group exhibit on the thematic of the 'Harfang des neiges'. She received an honourable mention for that exhibit (1989).

Pierrette was awarded the first prize in the contest 'Tension' in Aylmer, Quebec in 1989, and received an honourable mention in the contest L'Age d'art in Hull, Quebec, 1990. 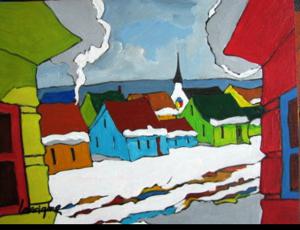 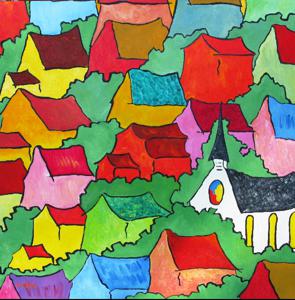 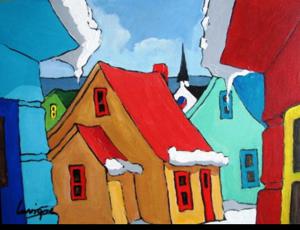 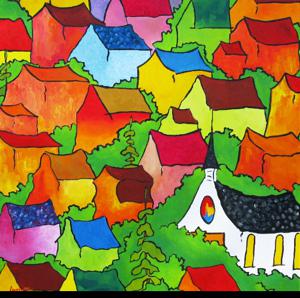 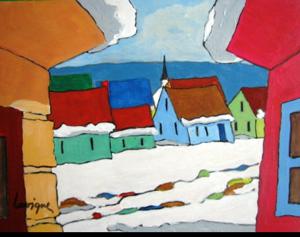 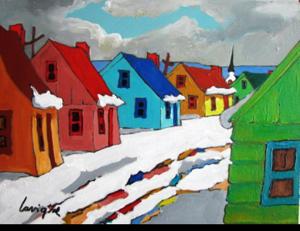 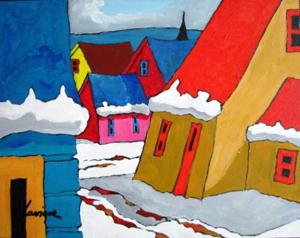 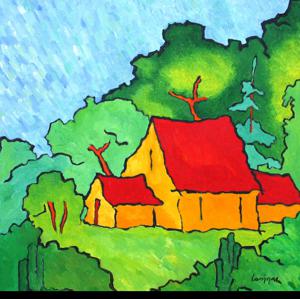 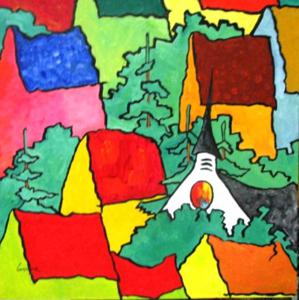