Deryk Houston resides in Victoria, B.C., Canada, and has exhibited internationally. He has mounted one man exhibitions in Canada, the USA, Scotland, Iraq, and the former Soviet Union. His work was featured in the documentary film "From Baghdad to Peace Country" by the National Film Board of Canada. He has completed ground art, earthen works in Iraq, Canada and Scotland, in support of children's rights. Deryk often donates work to support charitable organizations. 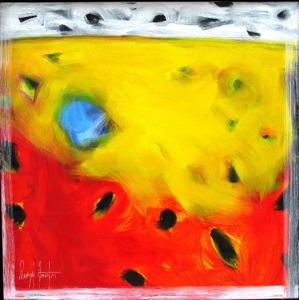