Born in 1951 in Dermbach, West Germany, Jurgen Gorg has established himself as a master craftsman and consummate artist. His etchings and lithographs reflect his innate talent and imagination. He studied visual arts first in Koblenz, Germany and later at the Johannes-Gutenberg University in Mainz, Germany. Gorg began his professional career in 1977 as an artist and printmaker and by 1980, was awarded a special painting prize by the district of Rheinland-Pfalz. In 1985, a catalog raisonne was published of Gorg’s creations.

Although he occasionally works from live models, many pieces are culled from the imagination. In preparation for drawing on stone or etching on metal, he creates several sketches and takes numerous photographs.

Gorg employs a monochromatic palette, applying soft colour with graphite combined with translucent layers of oil paint. He focuses the viewer’s eye through his subtle use of white highlights and sparse bright colour. The viewer is caught in the melodic flow of Gorg’s delicate and sensual lines and shapes. Space is explored, filled and accentuated with a lyrical fluidity.

The lines and techniques are classical, the themes are timeless – but the interpretations are contemporary. In the graphic fairy tales of Jurgen Gorg, the sensuous young lovers, dancers, musicians, and masked figures are constantly in motion. 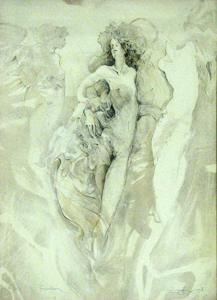 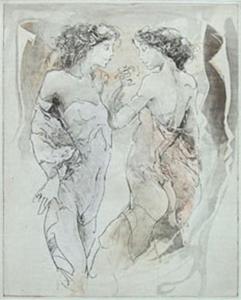 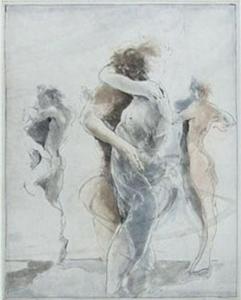 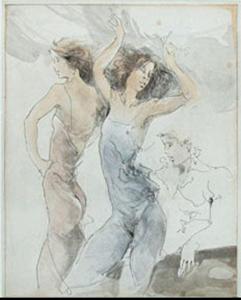 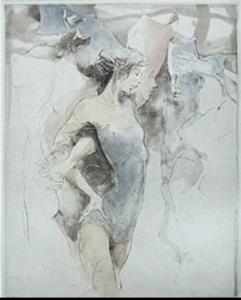 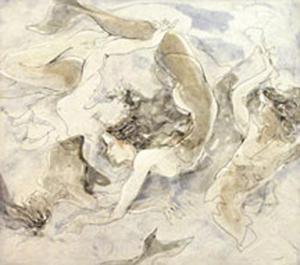 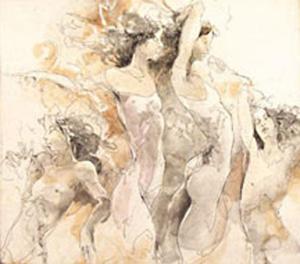 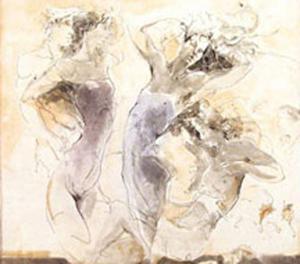 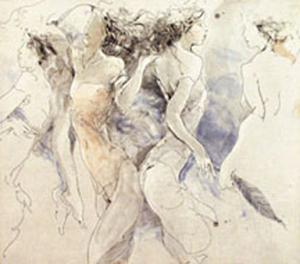 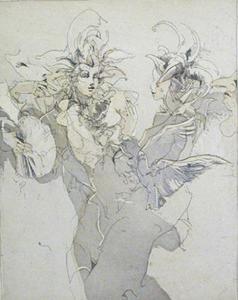 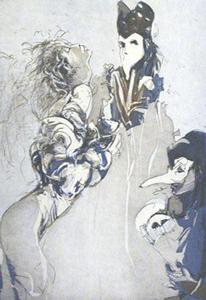