Francois Faucher was born in Thetford Mines, Quebec, Canada in 1959. At the age of eleven, he demonstrated great talent in painting and won his first prize in his hometown. However it is only at the age of 17, that he really started to paint seriously.

Francois studied in architecture and graduated from Laval University, Quebec, in 1983. Six years later, he gave up his job in an architectural office to devote himself full time to painting. Francois Faucher has had solo exhibitions in galleries in Ottawa, Quebec, New York and Mexico. He has also exhibited art in group shows in Paris and Boston.

Francois Faucher’s works are immediately recognized by his tendency to create distortions at the periphery of his subject. He will also add loose elements and deform shapes in a distinctive way to create the sensation that the painting being viewed vibrates. His use of colour also emphasizes the effect of distortion. “This unique and personal style that I call vibrationism was perfected through constant evolution, over many years of work and research.”

Light is the true master of the works of Francois Faucher. Vibrations run everywhere – through colours and through forms. Objective and subjective throbbing permeates every component of his paintings. Backgrounds are more than mere surfaces: they become part of the composition in their own right. The intensity of figures, flower-pieces, and still-life compositions emphasizes the whirling chromatics and forms. Postures are full of expressiveness and vitality. Shattered forms remain figurative but questions nevertheless arise. Music is everywhere – in composition as well in their pictorial depiction. Pleasure for the eye and stimulation for thought. 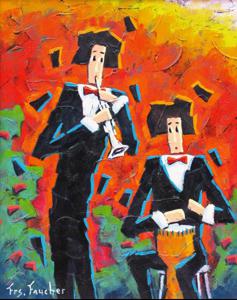 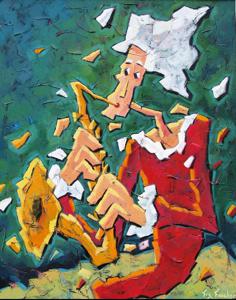 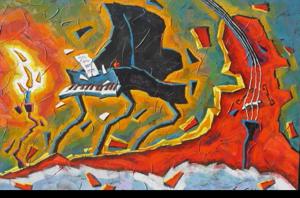 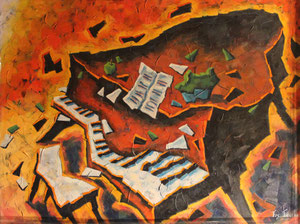 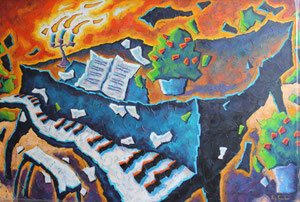 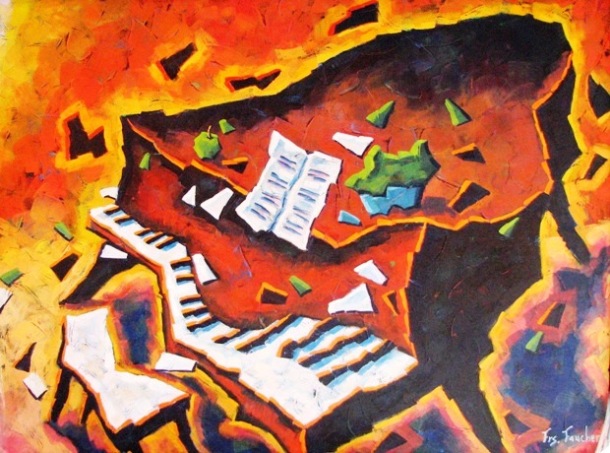