The most enduring single image in the paintings of Aldo Luongo is that of "The Hawk." The Hawk is a character who has evolved throughout Luongo's career, and is his single most meaningful symbol.
Originally, The Hawk was an homage to the artist's father, Rafael Celestino Luongo. Aldo grew up with many of the same pressures that create distances between father and son. Though their relationship was not explosive, there were still gaps to be bridged. In the early 70's, Rafael Luongo died.

Out of this tragic loss was born a new creation. While contemplating his father, the artist realized that in many ways he was the ideal man. A figure who appealed to both men and women, who possessed a personality of charm, charisma, and grace, Rafael epitomized the artist's conception of the quintessential man. What would he have been like had he lived to be seventy years old?

Thus was born The Hawk. Though never meant to resemble Luongo's father physically, The Hawk personifies his spirit. He represents the appreciation of quality, the hunger of life, and living it to the fullest. He is virile and wise, often surrounded by friends. His essence is captured in the knowing sparkle of his gaze.

Originally, The Hawk was not painted to be shown, but as a personal project. However, while picking up paintings from the studio, a delivery man mistakenly included the first Hawk portrait in the group. Before Luongo noticed it missing, it was sold.

As he created further Hawk paintings, the concept began to evolve. Instead of the future his father might have had, The Hawk became the future the artist would like to live. The Hawk came to embody Luongo's ideals, his notion of the good life. He began to portray him in a variety of moods: the somber, the reflective, the exuberant. Throughout it all, the secret lay in his eyes. People respond so positively to The Hawk that Luongo has had numerous requests for commissions from people who would like their portraits painted with The Hawk.

The Hawk, as described by Luongo, has only 10 or 15 minutes left on the clock of life, "but he's living life to the fullest and going out in style … I want to be like him in my twilight years." Wouldn't most of us? 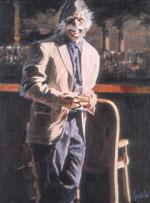 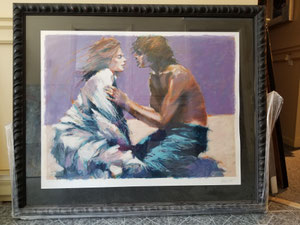 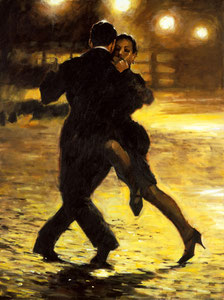 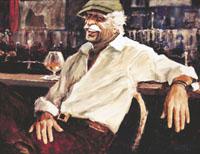 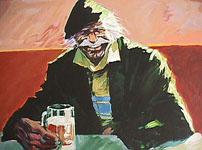 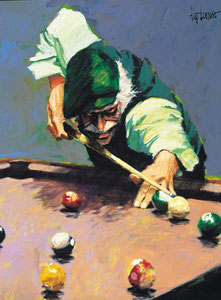 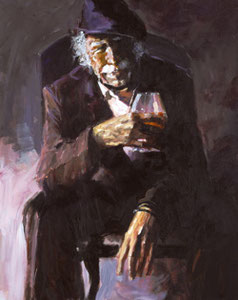 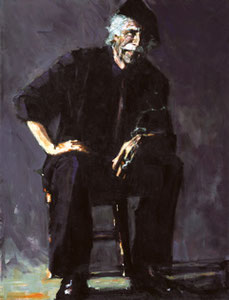 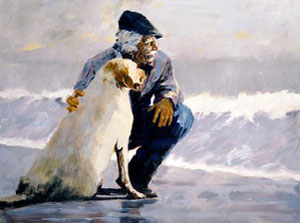